We’ve been here, in Ireland for about seven weeks now. It feels like we’ve been
here for ages but at the same time the time is flying. I'm really sad about going home in a few weeks..

So far I've really liked it here. The group that I live with (two other Finns and three Dutch) is really nice, they feel like family to me. We do a lot together.

I'm doing my internship at Kildare Youth Services, the Curragh Camp,
which is located at an army base! At first that felt really weird because you see a lot of military people walking around but by now I'm used to it.
Right now the army is rehearsing for a big parade because it's been 100
years since Ireland's Easter Rising in 1916. One time they shut down the whole Camp!
My supervisor drove me around the Curragh and the scenery is absolutely
beautiful as well. There's so much green and hills and everything... also so many sheep!

My favourite place in Carlow so far is a park near the Carlow Castle. We
went there one Sunday when the weather was good (for once!). We've also
been to the Dolmen, the biggest rock in Europe. Instead of taking the
shorter way we kind of got lost but it didn't matter because it was a
really nice, warm and sunny day. We also got to see bit of the country
side, which I was way too excited about!

I also love Kilkenny. The Kilkenny Castle is so nice and reaaaally huge! The park around it is really nice as well, you could spend hours there. I walked around the town and saw some really nice looking houses, I'm a big fan of the coloured doors. Kilkenny also has many nice churches and other sight seeings. I definitely want to go there again!

Last weekend I went to the Oak Park Forest Park. It was a long walk because we weren't actually sure where we were supposed to go but it was so worth it. The way there we saw some proper country side again and the park itself was pretty as well - it had a great view to the mountains.

I absolutely love Ireland, the people are nice and friendly and really
social! It's been the best few weeks and I'm so glad I took this opportunity. 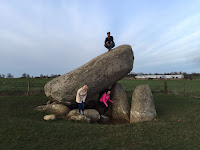 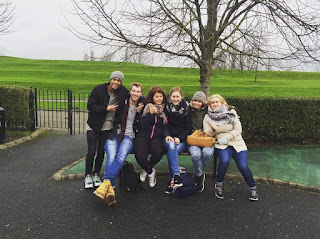 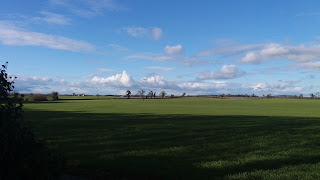 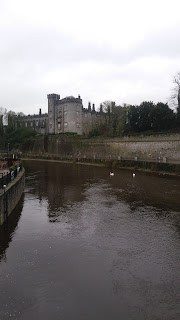 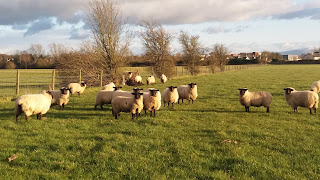